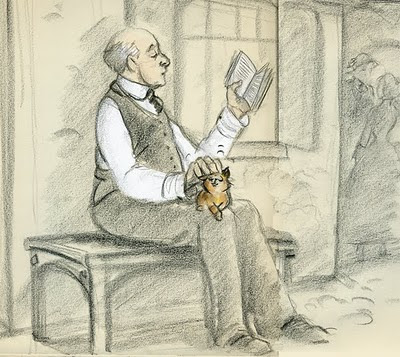 I often wonder what Jeeves does when Bertie is not in urgent need of his skills. I suspect it's something pleasant. Here he is out behind Anatole's kitchen catching up on his Spinoza.
Posted by Matt Phelan at 10:45 AM 3 comments: 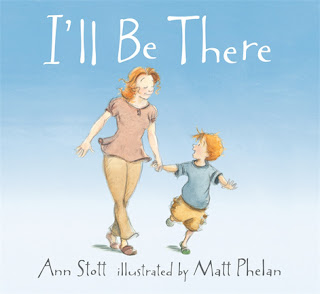 My second picture book with Ann Stott will be released sometime next week. I'll Be There is a companion book to Always and provided some interesting challenges. Not only was I returning to a style and feel I employed three years previously, I had to age the boy and his mother approximately the same amount of years. I'm not sure if that's been done in a picture book sequel before. Anyone? 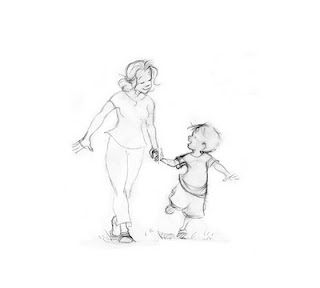 Like Always, I'll Be There is a conversation between a mom and son. The boy is a bit more secure in this one. In fact, he proudly lists the things that he can do alone, without his mom's help. But he still needs to know that she'll be nearby, just in case. Always was almost entirely from the boy's perspective (the mom doesn't even appear until the end), but I'll Be There features the mom prominently. It's as much her story as his.

Ann Stott is a wonderful picture book author. She knows what to include and what to leave to the illustrator. My main task was to find a setting for this conversation. I added a stone wall that the boy climbs and wanders along just slightly ahead of his mom. It seemed like a nice visual metaphor and also gave me the opportunity for some business that showed the boy's independence and the mom's hesitant granting of that independence. 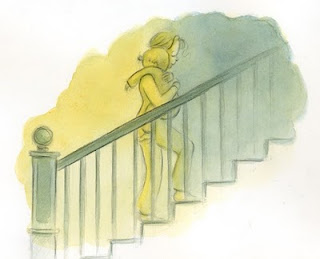 These last two images are "almost finished" versions of final illustrations. I liked this very limited color for the flashback images, but we all decided that a bit more color would warm everything up. 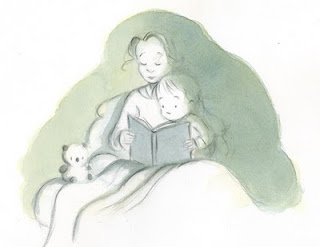 For a look back at some sketches for Always, click here.
Posted by Matt Phelan at 10:32 PM 4 comments:

Labels: Always, I'll Be There 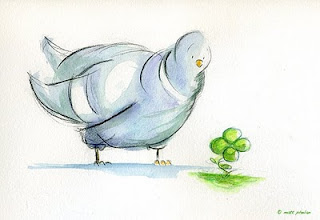 In honor of St. Patrick's Day, this little fella is on sale for $100 off the original price plus free shipping. Go to my Etsy shop for details. Sale ends Friday 3/18. Sláinte!
Posted by Matt Phelan at 1:51 PM No comments: 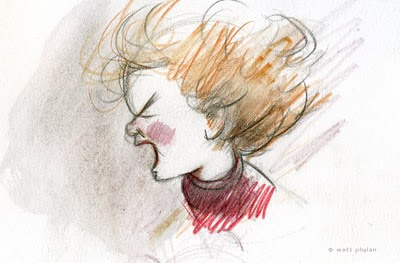 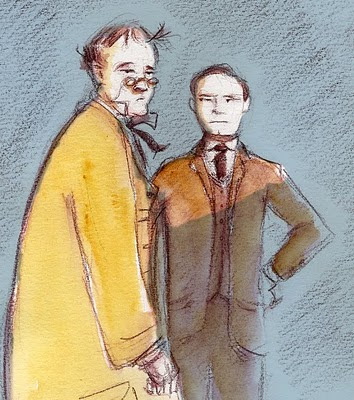 Stanley Featherstonehaugh Ukridge and his long-suffering pal, James "Corky" Corcoran aka Laddie.
Ukridge is one of my favorite characters in the Wodehouse universe. Unlike Bertie Wooster and the Blandings Castle regulars, Ukridge and Corky are forever short of cash and their stories have a slightly desperate edge to them. For a fantastic introduction to Ukridge, I will point you over to Bully's blog. He sums it all up expertly and quotes extensively, including some gems from my favoritest favorite: Ukridge's Accident Syndicate.
Sketched with a Derwint Graphitint pencil, watercolor, and a bit of digital.
Posted by Matt Phelan at 3:35 PM No comments: 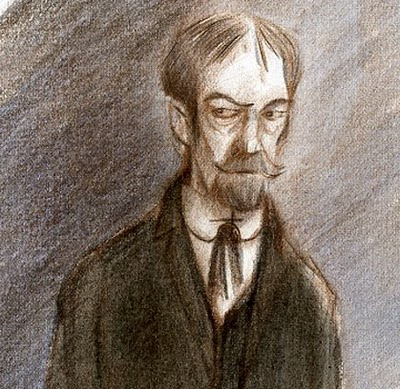