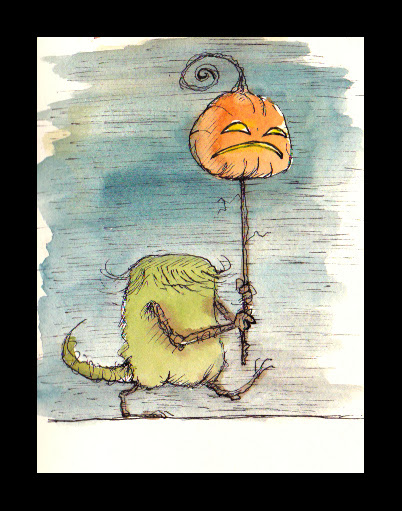 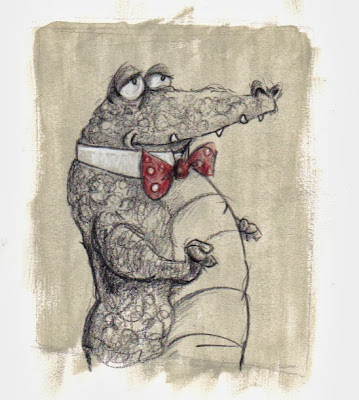 I went to the New York Comic Con on Sunday. It was my first con and it was a bit overwhelming at first (and at last, come to think of it). After much searching, I did find the section that actually had comics and also original art to check out. That section also had a display booth for Holbein paints and I had a great chat with Tim Hopper about all of their products. Couldn't resist picking up some things and yesterday I messed about with Acryla Gouache and pencil for a bit. 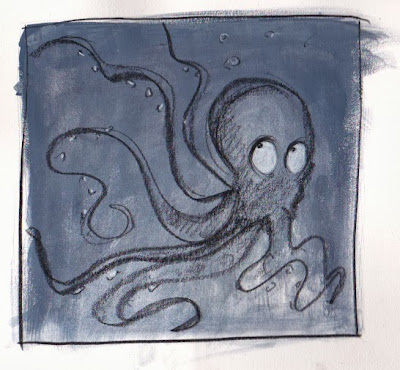 Note to self: must draw for fun more often. 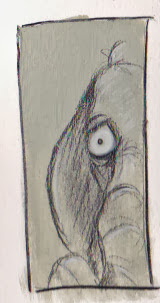 
Here's an interview I did with Alex Dueben at Comic Book Resources.

And here's a gorilla scribble on a scrap of paper because this IS supposed to be a sketch blog... 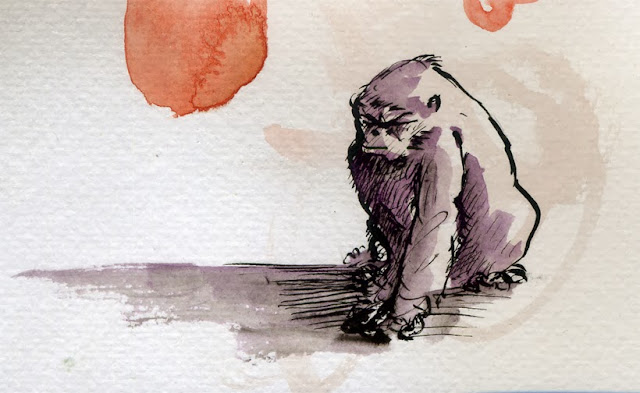 Black Prairie Performs The Storm in the Barn

Here's the fantastic band Black Prairie performing their gorgeous score for the Storm in the Barn play. This music couldn't be more perfect for my book and I'm am deeply indebted to these fine musicians.

They are currently on tour. Go see them because they are amazing and you'll love them. I just know it.

Posted by Matt Phelan at 8:40 AM No comments: 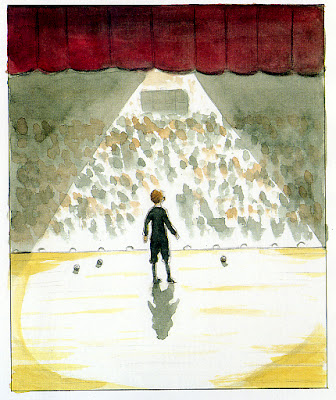 I'll be out on the road quite a bit this fall to promote both Bluffton and Xander's Panda Party. Maybe I'll see you at one of these fine occasions?

Update! Sunday 9/15:  6 pm Bluffton signing AND screening of THE GENERAL at the Old Town Theater in Alexandria!!!! courtesy of Hooray for Books! Details

Whew! I'll remind people closer to the events on my Facebook Page (you don't need to be on Facebook to see it).

BLUFFTON in the Blogosphere

Today is pub day for Bluffton! Support your local indies if you can!

Review copies have been floating around for weeks now and a lot of nice reviews have popped up on the Internets. Here's a round-up:

Out of the Past:
http://www.outofthepastblog.com/2013/07/bluffton-matt-phelan.html

Outside of a Dog:
http://outsideofadog7.blogspot.com/2013/07/review-bluffton.html

AND I was honored to be a guest blogger at the Nerdy Book Club. I wrote about research and luck:

BONUS POINTS: You can enter to WIN a copy of BLUFFTON on the Nerdy Book Club site!

Whew! A heartfelt thank you to all who took the time to write about my book!

The Road to Bluffton, Part 2: Vaudeville 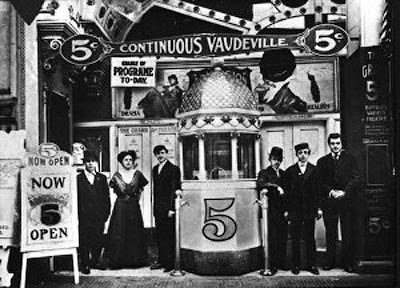 Vaudeville. The entertainment form of the early 20th century. Variety was the order of the day. For one small price, you would get several acts in a single bill. Singers would be followed by jugglers. A tap dancer might be next, or a an actor reciting Shakespeare. There were knockabout comedians, illusionists, musicians, and contortionists.

Vaudeville was not a talent show. These performers were seasoned professionals. They honed their crafts and polished their acts through years of performances. Many of these performers went on to further fame in radio, movies, and eventually television. Jack Benny, Bob Hope, George Burns and Gracie Allen... even Cary Grant (when he was still Archie Leach).

I had a great time learning about vaudeville for Bluffton. It left me with a great admiration for the performers and a desire to hop in a TARDIS for a trip back in time.

If you are interested in learning more, I recommend No Applause — Just Throw Money by Travis S.D.  which is a pretty good overview of the various performers and circuits. I was lucky enough to find a copy of Bernard Sobel's out-of-print book A Pictorial History of Vaudeville at Philadelphia's Book Trader. That book really brings the past to life. Good stuff.

Bill Bojangles Robinson was a huge star and a good friend of the Keatons. He taught Buster how to do the soft shoe dance years before he taught Shirley Temple on film.

Posted by Matt Phelan at 4:19 PM No comments:

The Road to BLUFFTON, Part One: Buster Keaton 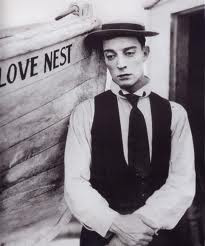 I don't even know where to begin.

Cops and The General were in heavy rotation at my house when I was a kid. This was the seventies: pre-cable, pre-internet, pre-DVD, pre-VHS, heck... even pre-Beta. We had the films on Super 8 so we'd watch in a darkened room as the projector click click clicked along. The General required a few reel changes. Occasionally, the film would unspool onto the floor. It was a bit of work, but it was well worth the effort.

We also had Chaplin (The Rink! The Cure!) and Laurel & Hardy (The Music Box!!) but Buster was special. His movies somehow moved better, faster. His gags were bigger, the stunts more elaborate. That unsmiling little guy, beset by the world, was funnier. 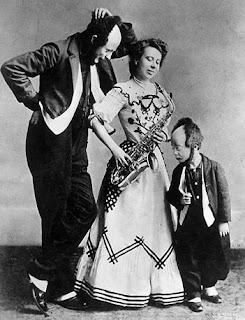 Fandom turned into admiration which turned into obsession. By college, I was searching used bookstores for anything I could find on Buster (again, pre-internet). Kevin Brownlow's masterful documentary A Hard Act to Follow was watched over and over until I feared I'd break my VHS set (I have a set and so does my dad, as a back-up. It's never been released on DVD but you can watch the whole thing on YouTube, which I recommend). Keaton was a genius -- the genius of the silent era -- and his personal story was equally compelling. I admired him, but I also liked him.

I wanted to write about Buster Keaton. By focusing on Buster as that extraordinary boy star of vaudeville, that legend in the making, I found a way to explore the talent and the person. I wanted to show that boy who I genuinely liked enjoying the "happiest days of his life" during those Bluffton summers.


If my book inspires one kid to watch a Keaton film for the first time, I've done my job. They're streaming on Netflix. They're on DVD and Blue-Ray. Many, including Cops and The General, can be seen in their entirety on YouTube.

Buster was also a ukulele player. Yes, this is pretty much why I play ukulele, too. 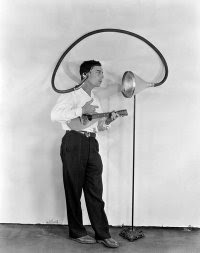 Posted by Matt Phelan at 3:10 PM No comments:

This Friday I'll be heading to Chicago for the annual American Library Association conference. Not only am I going, but this time I will have my very own table in the Artist Alley which is where they contain/corral/quarantine graphic novelists. My table is #2458 and if you stop by, I'll have arcs of BLUFFTON, behind-the-scenes glimpses, Buster prints for sale, and a top secret freebie.

On Friday evening I'll be part of the Comics Quickfire! which will surely be as exciting as it sounds. More so, I reckon. I'll be drawing really fast to cheers and jeers alongside Dave Roman, Raina Telgemeier, Gene Yang, and other Masters of the Sharpie.

I'll be at the table all day Saturday and Sunday. Sunday night, I'll be going to the Newbery Caldecott Banquet to applaud loudly for my pals Jon Klassen and Peter Brown and all the other winners.
I hope to see you there! 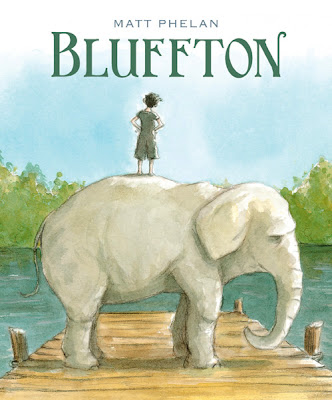 Folks outside of my immediate family will finally get a chance to see BLUFFTON (well, at least a b/w advance reading copy of it) this week at BookExpo America. I couldn't be more excited about this book getting out there, so I'm going to be spending the week in New York talking to anyone who will listen about Buster Keaton. Here's my official schedule of events:

Wednesday, 5/29
School Library Journal Day of Dialog
I'll be on the Visual Storytelling panel along with Lizzie Boyd, Oliver Jeffers, Chris Raschka, and David Wiesner. Not too shabby, huh?

ABFFE Silent Auction
I'll be mingling, bidding, and casting sideways glances to see how my donation is faring.

In addition to those events, I'll be wandering the floor and socializing and stuff. Say howdy if you see me!

Have a great week of reading, writing, and drawing, everyone! Go HERE for info on Children's Book Week and to see the great art created by Brian Selznick and Grace Lin for the occasion.

It's just a tad early to share some artwork from my upcoming two books, but here's a sketch of a fierce grizzly from Linda Sue Park's XANDER'S PANDA PARTY (coming this September from Clarion Books). 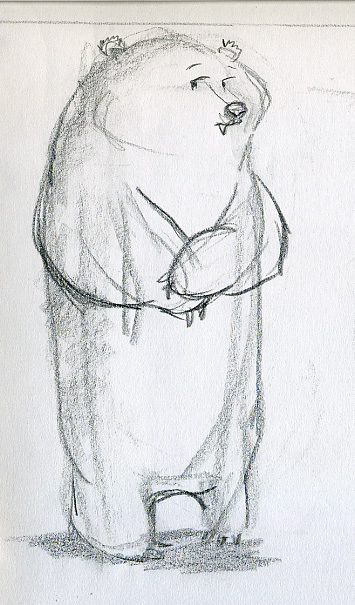 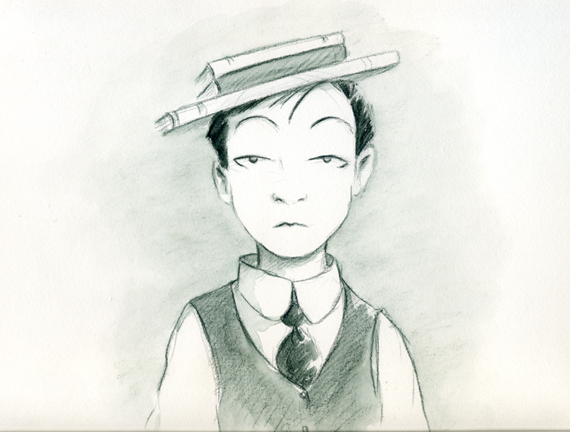 This rather bookish portrait of the young Buster Keaton will be auctioned off on May 29th as part of the annual ABC/ABFFE Silent Auction at BEA (the gargantuan book expo). I'll also be at the auction bidding on other works of art which you can see HERE.

Earlier that day, I will be speaking on the Visual Storytelling panel at School Library Journal's Day of Dialog symposium.

And then I'll be doing a bunch of other things at BEA, including signing advance reading copies of BLUFFTON and Speed Dating!

Whew! And speaking of BLUFFTON (which, honestly, I'll be doing A LOT in the coming months), here's a swell Q&A PDF created by my friends at Candlewick. 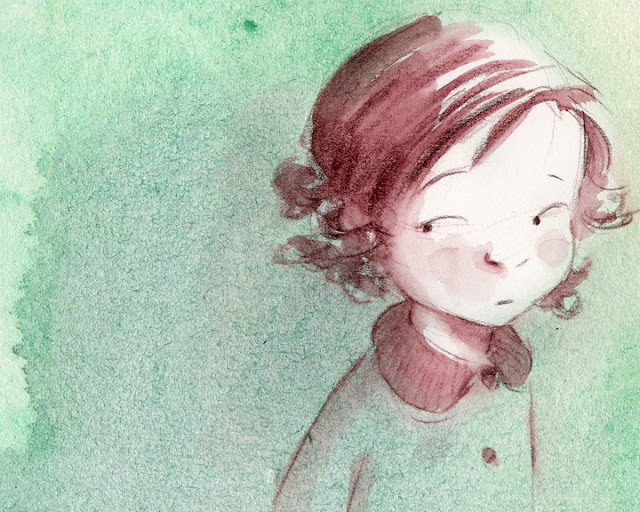 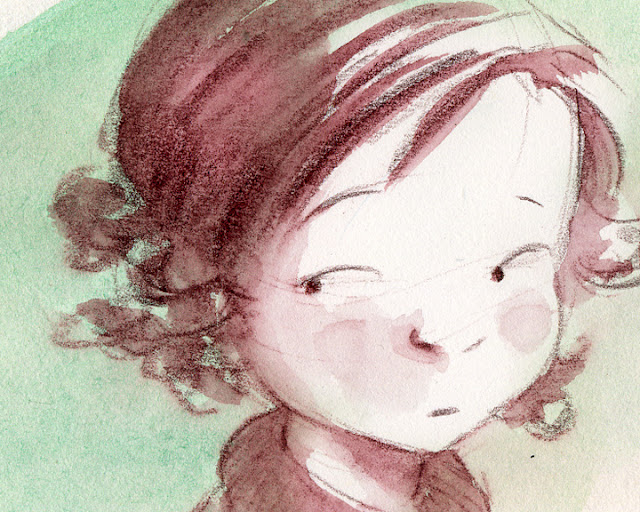 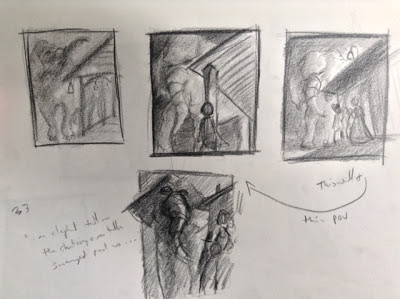 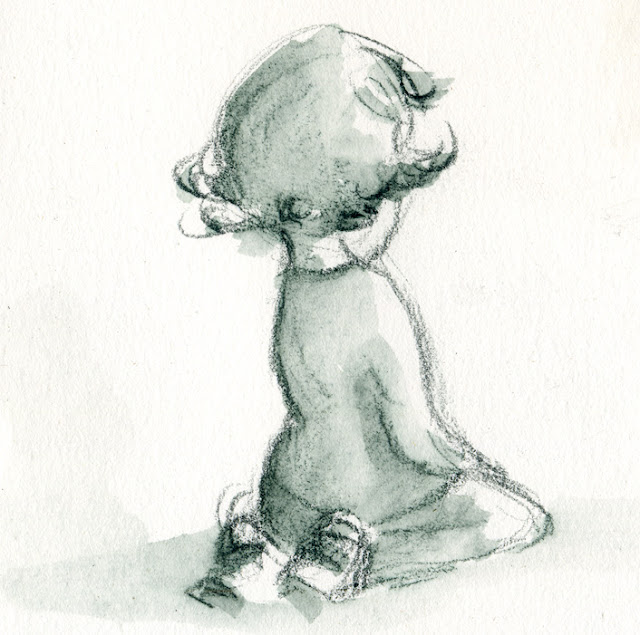 Ready for Her Close-up 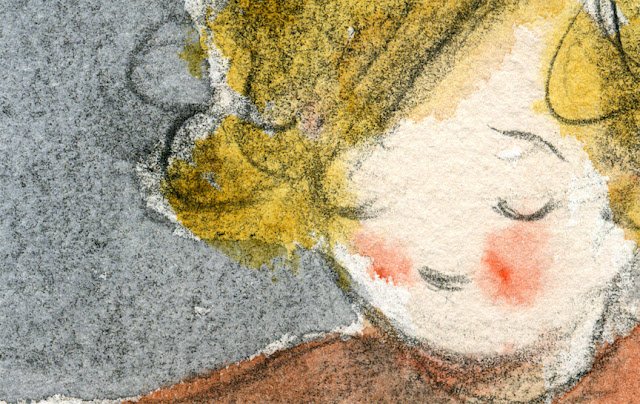